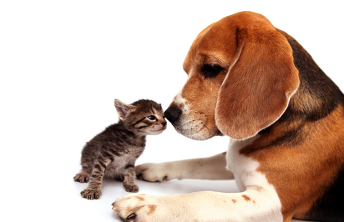 Do you have a loved dog or cat…or some other house pet that you want to get insurance for? If so, you’re not alone. U.S. pet owners spent more than $1 billion on insurance for their pets last year. That is a jump of 23% in money spent on covering pets. It is estimated that 1.8 million dogs and cats are covered by insurance now, according to the North American Pet Health Insurance Association. Often times, owners are promised affordable, lifetime health care for their pet, but that may not always be the case.

“A two-month Consumers’ Checkbook investigation found that most accident and illness plans end up being neither affordable nor lifelong, according to an article published by the Washington Post. Here are some important takeaways from the Washington Post article: (read the full Washington Post article here)
Price hikes: Most buyers sign up for insurance when their pets are young and monthly premiums are lowest. But four or five years later, the premiums most companies charge start to rise — purely because the pets get older. Sooner or later, the price may become unaffordable.
Costs can outweigh benefits: In a study done by Checkbook, insurance was a worse deal when the cat or dog were lucky to have only low to moderate health problems, and a better deal when they suffered lots of medical problems. But the problem with spending so much to insure against disaster is that the odds of calamity are fairly long. Every six seconds a pet owner faces a vet bill of $1,000 or more, according to PetInsuranceQuotes.com, an online marketplace. Pet insurers also cite this statistic. That sounds scary, but in a country of 185 million cats and dogs, that’s about a 3 percent chance over a year.

Tips for buying pet insurance:
Before buying, learn how your premium will increase as your pet ages by using the insurer’s online quote engine. First, get a monthly premium quote using your pet’s age; then get quotes for the 10 or 12 ensuing years. Multiply each age’s monthly premium by 12; then add up all the resulting annual premiums to estimate what insurance will cost over that period.
Understand what’s not covered. A leading complaint to regulators is claims being rejected for conditions or treatments not covered by the policy. No policy covers preexisting conditions, and some conditions that are covered may be considered preexisting if they develop up to a year after you enroll. If your pet is ill or injured, the diagnostic exam is often not covered by many plans, even though the treatment is covered. Follow-up exams for that covered condition are often not covered, either. Those $50 to $100 exam fees amount to a hidden added deductible.
Avoid claim rejection for a preexisting condition by insuring your pet when it’s a puppy or kitten — before it has a chance to develop a preexisting condition (but don’t forget the caveat above). You can typically enroll when your pet is 6 to 8 weeks of age.
Forget add-ons for wellness, preventive and elective care. When Checkbook added up the lifetime costs of Woof’s routine care, about $2,400, and used that information to compare Nationwide’s Major Medical illness and injury plan with its Whole Pet with Wellness plan, it found that adding wellness coverage was a poor deal. Total lifetime Whole Pet premiums for the dog were much higher — almost $11,400 more — almost five times the dog’s lifetime wellness costs.
Consider accident-only policies, which cover injuries but not illness and can be considerably less expensive. ASPCA would charge Woof $35 a month for its accident-only plan, a price that doesn’t increase with age.
You must pay premiums every month, but you may or may not have to pay deductibles and co-pays, depending on your pet’s health. So it may be worth it to cut your premium costs by increasing your deductible, reducing the percent reimbursed, and choosing an annual limit of only $5,000 or $10,000 instead of unlimited. These are standard insurance cost-reduction tactics, but be aware that they shift more of the risk of future vet bills to you.